Author and Photos by Talking Forests

Tanya from the Green River Community College wanted to further her career so she competed for a summer job and won. Her favorite part was being able to work out in the field for the summer. She worked at a fish hatchery in the Cowlitz River operated by Tacoma Public Utilities this summer. She said, “It’s really fun to monitor and handle the various species”. Her friends work for the forest service and the fish she monitors, pass through the forests they manage. Tanya likes to teach people about nature, river systems and the forest. She faces a few challenges as a young person in this field. 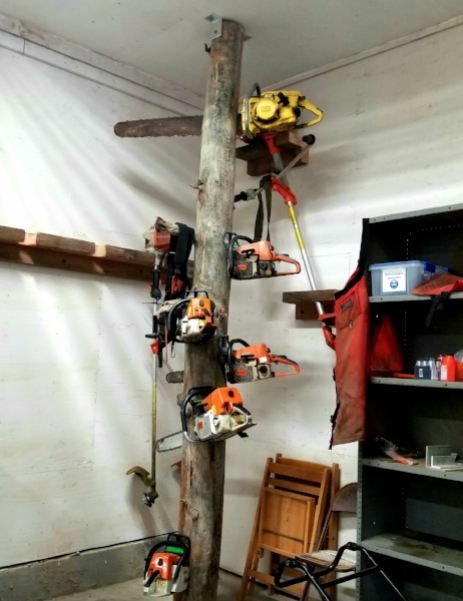 Tanya thought this was a unique way to store chainsaws in the supply room and wants to store them like this in the future!

In the natural resources field, Tanya says that the best way to excel is to know people. This is a challenge, because to know people, you should get experience. She says the best way to overcome this is to become a volunteer, even if it means that this can be hard to get started. People who have been in the industry have historical experience, but they are reluctant to try new more advanced and often more efficient ways of doing things. She knows climate change is a huge factor facing us and that the next generation of young foresters need to work together to gather solutions. 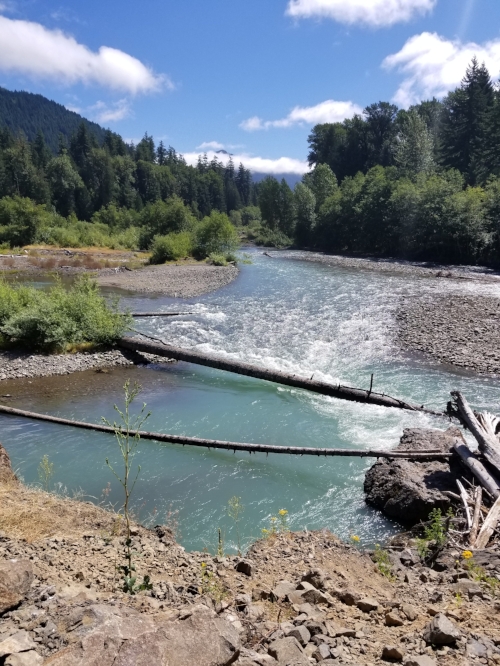 Cispus River in the Gifford Pinchot National Forest. This is a fish drop off location where both foresters and fisheries professionals work together in.

Jennilyn, Grays Harbor Forestry Program (GHC FP) student says her favorite part of the summer was going with the geomorphologist to look at deep seated landslides, she liked conducting layout for desired future condition tree stands that may need to leave trees in the inner and outer core. She worked in several areas this summer to get the most diverse experience out of her internship which leads to future jobs outside of school so young foresters can hit the ground running. She learned a wealth of information that helped her understand the forest practices and protective wildlife laws in WA state and “the sustainability of tomorrow for future generations” said Jennilyn. 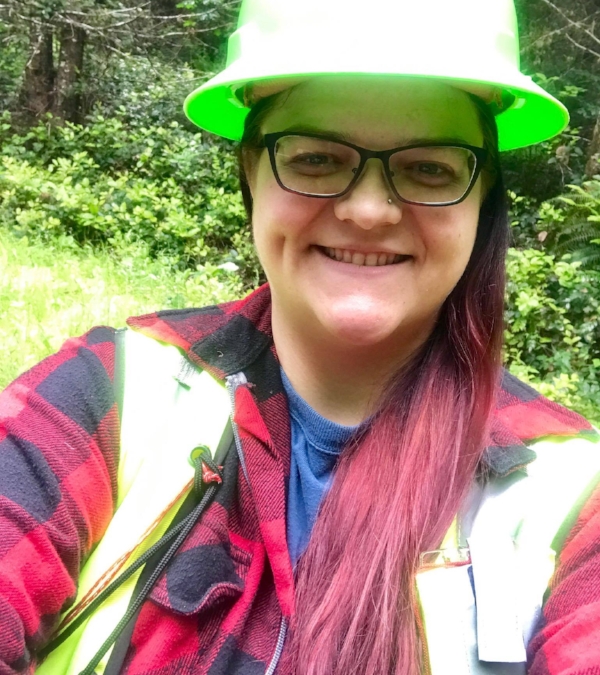 Jennilyn Franklin is all smiles during her summer internship at Port Blakely.

Ted Elson, GHC FP student said his favorite parts of this summer where working out of several WDNR offices. He said that going out to work with specialists opened his eyes to other opportunities in his field. “I really liked getting in the woods and seeing the diversity that comes back on its own, even when all we plant is P. Menziesii.” Some of his favorite species this summer were dogwoods, yews, madrones, and a Douglas maple. 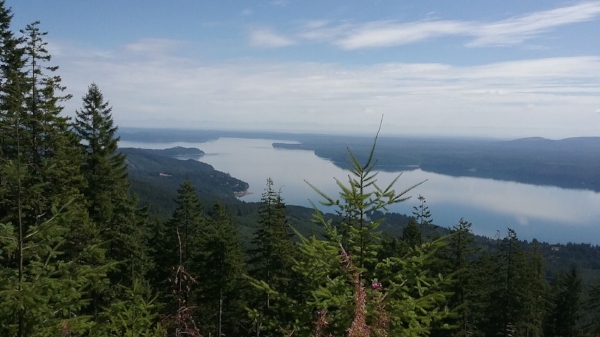 Brady Dier graduated from the GHC FP but worked in two different dynamics requiring a mental shift this summer. As a DNR forester with the right certifications in fire, Brady headed out to Eastern WA in a moment’s notice. “Having foresters participate in the wildland fire service is especially valuable because they can stay with it longer than seasonally-hired firefighters and thereby serve as a store of institutional knowledge.” said Brady, after working together for almost two weeks, “camaraderie developed out on the fireline will outlast dispatches, seasons, and even careers.” 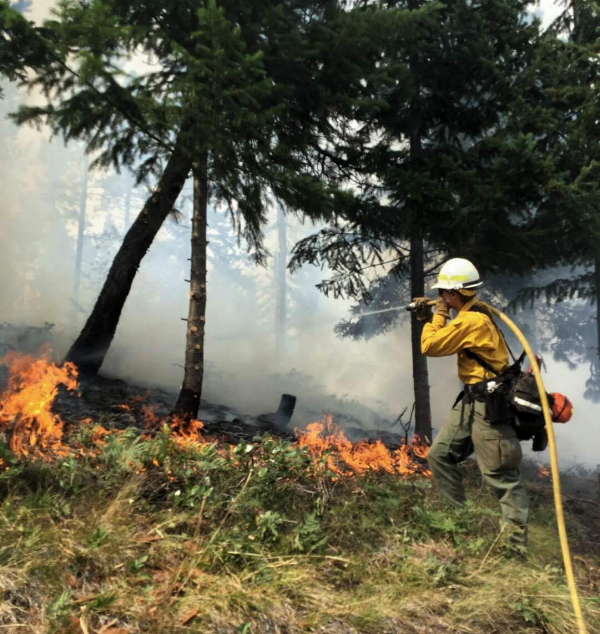 Brady considers himself and his peers “the “post-owl” generation”. “While our parents experienced the first-hand effects of this, my generation of foresters and forest workers observed them from the perspective of children.” Brady said. Along with this “post-owl” generation came a period of economic upheaval and some “stereotypes surrounding the people who do the most dangerous work in American to include unintelligence, poverty, and poor stewards of land. But to be honest, world, these are just that, stereotypes. The “post-owl” folks were literally caught up in a war they were not prepared for which “created the wider social structures which engendered it.” Today’s young “foresters and loggers are in the process of pioneering a practice of forestry which is responsible to the political and social fallout of this era.” says Brady.

What does this mean? These men and women in the field have been working within a regulatory environment that is still shifting to design logging and silviculture plans that are in accordance to the most stringent laws set forth in America. Brady’s forester duties include the need to adequately protect operations in the woods. Luckily, advancing technology has pushed advancements in logging equipment. He said “Tethered logging systems allow timber falling and log yarding to occur from the protective cab of a machine as opposed to having workers on the ground. He hopes this “new” forestry contributes toward a rehabilitation of the economic and social standing of people who work in the woods.”

For more pictures of these four wonderful summer interns, click on the Gallery 2017.