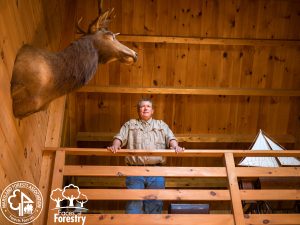 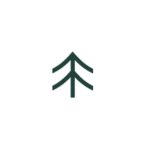 Maryland Forests Association "Faces of Forestry" features Senator Bailey this month. He grew up on his grandparent's 120-acre farm on the water in Southern Maryland.

~From the crops, to horses, to time spent with his grandfather and father hunting and fishing, farm and forest land shaped Bailey's formative years and his conservationist mindset. He eventually purchased the 60-acre farm that adjoins his parents', making the family-farm connection even stronger by building the next generation of stewards and conservationists with his children.~

~His goal of sharing these natural resource wonders with his son and daughter and walking in the woods with them, comes as no surprise when considering how he grew up. The senator's father was an agronomist who went to the University of Maryland, while his mother was a 4H agent in Cecil County. Being connected to the soil beneath our feet and the farms and forest that spring from it is just part of the Bailey DNA.~

~"I felt at home" working in forestry, says Bailey, thoroughly enjoying the work of woodland management and seeing all the different parts of Maryland while meeting the hardworking loggers, foresters, and landowners across the varied terrain of the state. Working with property owners to improve their woodlands through a harvest and showing value to proper forest management was one of many rewarding parts of the senator's time in forestry. Helping a farmer with forest land know that they can have a harvest and that letting trees grow is "like having money in the bank" just re-enforced the idea of sustainable, regenerative land management and conservation for the future senator.~

~There were bigger things ahead for Bailey to make an even broader impact on our natural resources and protecting and conserving those resources. Beginning in 1987, the Department of Natural Resources Police became his home for 30 years, where he rose from cadet to supervisor of the Covert Operations Unit in 2007. During his time there, Bailey led game warden training for Maryland, Kentucky, Pennsylvania and Virginia wardens. He trained his fellow officers in waterfowl ID and shared his insider tip of carrying the beans of the Kentucky coffeetree for good luck. Wouldn't you know it, he and his father — with coffeetree beans in their pockets — went on a turkey hunt, and both came home with a turkey.~

~Extending beyond the Natural Resources Police, that education and advocacy for protecting our land and its resources continued through his efforts with the International Conservation Chiefs Academy starting in 2017. "We all have a goal of protecting these resources and passing them on to the next generation," says Bailey. He passes those lessons on to natural resource officers from across the globe through the academy, working to educate and direct the funding and required action for depleted or endangered resources in the right way.~

~Bailey's advocacy work involves working with Hunters of MD and Maryland Legislative's Sportsmen Caucus much closer to home. He has been a member of the Southern Maryland Agricultural Development Commission (SMADC) since 2019, advocating for farmers and agriculture. Going from the natural resources realm to the General Assembly, Officer Bailey became Senator Bailey, representing District 29 for Calvert & St. Mary's Counties.~